The Only True "Currency" Of The Universe

I was guided to play with foreign currencies and silver as the U.S. dollar slid in value. But through it my Large Self led me to a much more important discovery -- that all material currencies are but pale, paper imitations of the real thing. Actually, in a hilarious cosmic joke, money is no longer even tangibly real anymore. It went from gold, to paper (a promise to pay gold), to credit and what did all of my "currencies" turn out to be? Zeros and ones on computers in a bank in New York. The world of finance now is smoke and mirrors, more esoteric and nebulous than any metaphysical concept.

I still play the game but don't take it very seriously anymore.

The Presence created us so that it could appreciate itself and enjoy itself through us. The Big Bang was a veritable explosion of appreciation that has expanded the Universe ever since. That appreciation is the only real currency, current, or power in the Universe. The word currency comes from current, a flow of raw power. Your power to appreciate is your currency -- if you know it's there, if you're tapped in, if you claim it instead of giving it away to outside forces. You can tap directly into the current from which all things flow. (You may want to read this article a couple of times. The mind tends to delete things that don't fit into it's neat little boxes. More about that later.) 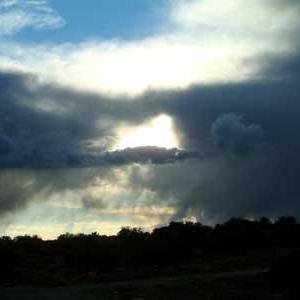 Appreciation is the same frequency as love, so when you're vibrating appreciation, you're literally vibrating love. It's often easier to deliberately vibrate appreciation than love. You can always find something to appreciation about anyone or anything, where love is not as clear a concept nor as easy to conjure up.

You may have heard me talk about the Fertile Void, and those who have done the 5 Day Silent Intensive bathed in it and know it personally, intimately. It is down-to-the-core-reality, and it contains unlimited potential and all power, although there is nothing there. It is "all potential" to create. You can use it as "currency" when you get tapped into it. A deepened spiritual enlightenment brings the ability to create with a mere thought from this Fertile Void - from nothing.

Scientists call it The Zero Point Field, or simply, The Field. When you tap into that force, you can create anything, literally, out of nothing, because The Void, or The Field, is where everything comes from anyway, and where everything goes back to. Science knows this as a theory, but hasn't yet figured out the how to's. You can learn the practical how to's and have it work in your life, but I won't focus on the metaphysical or scientific knowledge much - knowledge is not where the power is. It's like a scientist who can name all the stars in the sky, but has no passion or love in his heart, can't pay his bills, doesn't get along with his wife, and can't talk to God. What good is that?

My intention for you is spiritual enlightenment, not just more spiritual knowledge. Spiritual awakening is all I care about. I don't care to be able to explain it. As soon as humans try to nail it down, they shrink it. I'd rather say I don't know how Divine Openings initiates enlightenment than try to stuff it into some narrow human terms that can never contain it. I've chosen to let go of the left brained stuff. Some enjoy it. I find it increasingly useless. Divine Intelligence delivers what we need when we need it.

Physicists found that when they go all the way down to the subatomic level, it can no longer be dissected further or explained at all. There is NOTHING THERE. Just a softly undulating, flowing, wavelike field of energy that orchestrates all of creation. It communicates with everything in all universes all at once, independent of time and space. Every electron communicates with every other. It scientifically explains remote energy healing, prayer, remote Divine Openings, psychic ability, and the ability to create anything from nothing. To read more, get Lynn McTaggert's book, The Field, one of the best and easiest to read books to come out of the new physics. (It will blow your mind, which is a very good thing.)

You've heard that electrons are sometimes particles, sometimes energy, and that they respond to human attention. You may have also heard that, as physicist Fred Allen Wolf told us in the movie, What The Bleep, they have no set attributes, but are "infinite potentials", and they only settle into one set choice out of all those potentials when YOU observe them. This explains literally how you create reality. That's all you need to know.

Your Large Self can do this. Your small self cannot. Your mind can't do it. That is why Divine Openings gives you such power, by having you live more as your Large Self, living the mystery without needing to explain it.

I never needed the science, personally -- I trust my inner knowing, which is always, always far beyond science, but I did find it fascinating to know that scientists have known all this for half a century. Perhaps it can help the tough rational minded people to wake up to a more expanded experience, beyond the physical.

Just as the scientists of Galileo's day placed him in house arrest for life for his "heretical" thought, the mainstream scientific community of our day doesn't want to hear that so much of what they've believed for decades is not true. They simply refuse to publish a lot of the new physics. (Great short article: http://www.bizbag.com/mencken/menkdiscern.htm)

The new physics is quite heretical, and dares to blend science, magic, and the paranormal. Lynn McTaggert's assertion is that science, like everything else, is "a story" that unfolds in chapters. The whole truth is not revealed all at once. It is discovered bit by bit. (Like a soap opera -- wink.)

Stories are not bad. They're the best we currently have for describing our reality and our experience, but freedom is willingness to release last year's stories to embrace new ones.

Knowledge is just knowing how electrons work. Wisdom is knowing that when you observe a reality, giving it your attention, you actually create it. Your attention has power you have no idea of. That is why I do not watch media. I don't want to create more of what they're showing. Sit with that one for a moment.

Some of Einstein's work has taken a hit from the more recent discoveries of the new physics, but his assertion that no problem is solved from the same consciousness that created it is still true.

That's where I got the inspiration for the title of my new work: Jumping The Matrix. It's not about rearranging the deck chairs on the sinking ship of mental knowledge, material dependence, ecomomic dependence, and illusion. It's about jumping to a whole new level, a quantum leap in new physics terms, right into yet another new dimension. Just as you found with Divine Openings, the old problems simply were not there in the new consciousness. JTM takes it farther down the rabbit hole, more into reality and beyond illusion to even greater power. Paradoxically this increased control will come from greater letting go to your Large Self.

It is definitely miracle territory.

Where Divine Openings is spiritual enlightenment and spiritual awakening, Jumping The Matrix is God Realization. Becoming a powerful, magical creator. Eternal expanding. When I am in alignment with my Large Self, and it is my Large Self's intention and not the small self's, I speak it, and it happens.

What could be more timely in an age where we've "invested" so heavily in material reality, and believed so strongly in its supremacy, until it's begun to crumble for many (not for those of us who had not placed our power there.) How perfect! It is no accident that material reality is showing us its inadequacy. You can step outside that illusion altogether, if you haven't already, and "invest" in something real and indestructible. I know many of you have! And if you have, and you want to share this with others you know who haven't, and are open, send this to them. (Just remember you can't tell anyone anything if they aren't ready to hear it, no matter what suffering they are in.)

If you would like to take a journey farther down the rabbit hole, if you've wanted to feel it deeper in your bones, and experience for yourself more of the true nature of expanded reality, dive into JTM. (Level 1 and 2 online are prerequisites, but you'll thoroughly enjoy the eternal expanding.)

After living in this expanding reality of Divine Openings for almost four years (as of 2010), it is only now that I am ready to facilitate this deeper level. I wanted to be well along the way first, because just as you experienced a sometimes disorienting unraveling of your reality with Divine Openings before you got to the bliss, this can be rigorous before it explodes into total freedom. For some of you it will be easy! You have let go that much. This will be another alternative to the 5 Day Silent Intensive, great for those who don't want to give Divine Openings, but who want more expansion.

This is not about seeking. Divine Openings probably ended your seeking, or is in the process of doing that right now. This is about our eternal expanding, which will never end.

Here's my distinction: Seeking is lackful and desperate, and you never get there, by definition.

Expansion is what you do after seeking ends. It's being happy with what is, and eager for more -- forever. Living joyfully in the eternally expanding now.

Where ever you are, you are invited to come play.

I've been feeling the groundswell. It's going to be big. People are ready.

Life in the flow is fun and easy.
Here's to infinite freedom.

Divine Openings frees you up from needing others to heal, save, fix, or clear you. You become your own guru, your own healer, and your own teacher.
Lola Jones