HOW MUCH MORE CAN YOU LET IN? 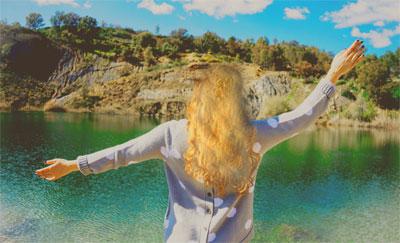 We are so glad that so many of you enjoyed answering the Effective Questions that lined up your energy for the new year, and completed last year with clarity. We look forward to celebrating with you the flowering of those seeds you planted. We'll ask you to tell us about it later in 2009.

There's an in-depth module about Effective Questions in the Portal 2 Online Course. Portal 2 is all about claiming, expanding, and enjoying your creativity as your God Self. (Take Portal 1 first.)

Want to know how much of what you want you're currently able to let in? How much Grace, how much good you're allowing into your life? The way to know is to look at your life. If you want to know what you're vibrating -- look around. What you're allowing in is right there. It's simple. No one can keep out what you've asked for, except you. If it's not there, somehow, you are not letting it in. This is not about blame, this is about being conscious of your power, or not.

Each time we make a decision, or have a need or desire, our Large Self starts that party, right then and there. Immediately. No delay. The only delay is caused by us, and most are not conscious of how they're doing that. The party begins immediately -- our only job is to get to that party as soon as possible. That means dropping the past, dropping the old story, and telling a new story. Diving into the feeling of it, and embracing the possibility of the new. Letting go of how right we were about how wrong some parts of the past were. That's freedom. That's power. That's the ticket to expansion, peace, and prosperity.

What We Don't Want Causes Evolution Too
While it's not our favorite way to grow and expand, hard times do cause big desires to emerge from us, and our Large Selves start the party in the non-physical and keep it going till we arrive. The question is, do we arrive in this lifetime? Or do we muck around in the old reality till we pass over?

I had a powerful experience in a sweat lodge recently where I suddenly KNEW and experienced that the Native American experience was not a tragic failure at all. Tears of relief flowed. It isn't over, so it can't be a failure. Nothing is ever over. It's a constant evolution. Desires don't die with their creators, because their creators never die. The Native American nations' desires are in the process of fulfillment right now. Some of them reincarnated as Native American, some of them didn't -- it doesn't matter. All desires live on, and are eventually fulfilled, even if by later generations. Martin Luther King's desires were fulfilled on January 20th, 2009, with the swearing of Barrack Hussein Obama. 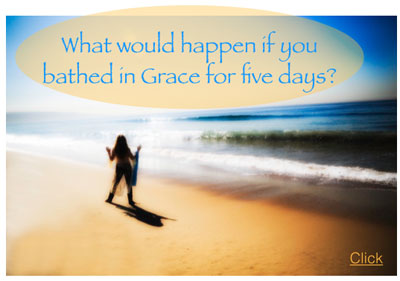 If we are diligent about evolving voluntarily, we don't need hard times to push it. But evolution will happen either way -- no worries. What we don't want causes a huge explosion of desire for change. While it's painful, we can evolve by increasing our resistance so much that we just have to move. Or we can go joyfully forward. I choose the latter most of the time now, thanks to Divine Openings.

Those who let Grace and good and change flow freely to and through them, get it all long before others let it in. For instance, there are those of us who were so much in tune that there was no recession last year in our world, there was joyous expansion. Some have to be broken down to let it in. For some, something must break through the cynicism and disappointment of many years to let in Divine Openings, and we understand that.

I had a conversation with an old friend today (one of the many who called to wish me a happy 55th birthday). Many years ago, she had told me about a wonderful channeled book, and at the time I couldn't "hear her" and rejected the idea. I thought channeling was weird, and every channeler I had heard up to that point was either genuinely weird, or was speaking at a frequency I just could not hear yet. Today, I acknowledged her for recommending that book to me back then, and admitted I could not let it in at that time. Now I channel. More and more of us do. It's our Large Self speaking! Some of you channel music, or high tech information, or childcare wisdom.

You let in what you can at the time. I know that many of you like to just read this newsletter, but cannot, at this time, fully let in Divine Openings and go for it. I know, I've been there, and my excuses all sounded valid at the time. "I already know this (when I didn't - I just thought I did)," "It's not going to work," "It's like all that other stuff."

The End Of Seeking
Then when I did let Grace in, and life flowered to a level I couldn't even conceive of before, I did only Divine Openings for three years (which is what I recommend to seekers trying to end their seeking and find it). That gave me an unimaginable power. When for three years, I stopped reading more books, stopped going to teachers, psychics, seminars, and the next silver bulltet -- when I went only within for guidance, answers, solace, creativity, power, and knowing -- I got off the seeking treadmill, and FOUND it. An intimate relationship with The Presence slowly became oneness with The Presence. The word relationship now no longer fits because it presumes some sort of separation that isn't there.

That is where Divine Openings takes you -- to inner power and freedom, not dependence. That is my intention for everyone who works with me. To set you free, not to build a following.

I did after three years feel guided to let in spiritual or holistic help and support occasionally from outside sources, but by then I was so solidly centered that I no longer craved it, nor was in any danger of being dependent on it. It was then God speaking to me through other people. You've noticed that I have not used this newsletter as a vehicle to market endless products, books, and services from other people as a means of profit. Also, that would have been extremely contradictory when I was advising you to do Divine Openings for a year and go within and stop seeking.

My desire is for all of you to find that message that helps you let it ALL in, yet I will continue to support you in NOT seeking endlessly.

Ready to let more grace and good in?

Divine Openings changes your past, if you even care to remember how it used to be. Rave about it.
Lola Jones