The Singing Breakthrough That Happened "In My Absence", And Lola Sings Divine Openings

See link to Lola's music at bottom of article.

In the 2009 blog about our Europe trip, I told you Tammy and I were both aware that some deep things were "cooking" during the trip that we didn't consciously know about yet -- things that would unfold in time, and only be understood once they began to materialize.

When I got home September 18th, I was reluctant to go back to my singing lessons, because I'd been feeling a bit discouraged about my progress. I've been in singing lessons for almost a year, and frankly, I'm so accustomed to things moving very fast that it seemed like more should be happening there. I was taking score too soon.

My original plan had been to sing some songs for you on the site and give you Divine Openings through them. Plus I get so high from singing songs I love. But now I was thinking about giving up. Maybe my Large Self had other plans for me, and singing just wasn't part of that plan.

I didn't sing for a month during all my travels. I took a big break from it.

Back home in the states, I was actually rehearsing in my head to call Guy Monroe, my fabulous and talented singing coach and cancel the lesson.

But I didn't cancel. I arrived at the lesson feeling raw and skinless, as if every nerve was exposed. Guy was in a similarly deep feeling state. I quite bluntly said, "I can't stand any drills today. I just want to sing." He got it, and sing we did, for the whole hour and a half.

There was a new freedom and clarity in my singing. I had wanted a truer pitch, and it was there, without having worked on it. I was improvising more, and feeling more in command of it. Guy was suggesting songs I'd never sung before, and I'd just dive in and do it.

We started singing weekly for fun, not for lessons! 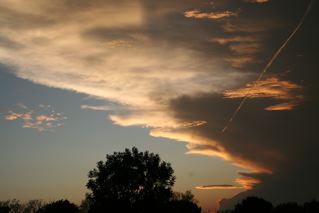 During that travel break when I didn't sing at all, I must have released some major resistance, and those energies we sensed were cooking on the trip must have been working on my singing even though I wasn't trying. Sometimes forgetting about things entirely and taking a big vacation from it helps us get out of the way, and opens doors for us.

That weekend I heard some live music, and for the first time, I suddenly realized that I was almost as good a singer as those women who were performing.

Then in October some friends who've jammed together for twenty five years invited me over to sing. Until I got up and sang they were all in a slump, and it wasn't really jelling, but once I sang, everyone rose to the occasion, and it heated up into a really fun night.

They handed me their songbook, and I was improvising freely with some old blues songs they knew, and some rock standards, really feeling it and doing my own styling, rather than just singing it. They asked me to get up and sing again, and kept telling me what a good singer I was.

Then one of the friends of the musicians said he knew of a band that has been playing around town that might still be looking for a female lead, and would I be interested? I gave him my card to give them.

It's nice to be acknowledged, but the best part was: I felt good and natural and totally comfortable at the mic. There was NO nervousness. I couldn't WAIT to get on that microphone, as if I belonged there. Even when I messed up trying something, I wasn't worried about it. I was singing some songs I'd never performed before, just from their printed lyrics -- just going for it.

Three hours later, I went home enjoying a fulfillment I'd never felt before.

I was about to give up right before the breakthrough happened! How often do we do that? We take score too soon, and quit just before the materialization of our desire happens. What if I had cancelled that lesson?

What if I had given up singing that day -- right before I was to find out something had shifted? Just as the materialization of my desire was about to begin to show itself to me?

I had quit singing three times before in my life.

I didn't quit this time.

In late November, using a process from Jumping The Matrix where I connected with an alternate self in another dimension who is already a professional singer, I took the singing to another level still, and had another breakthrough.

November 15th was asked to sing backup for professional singer and Divine Openings Giver Tamara Taylor at the famous Agape Church in L.A.

December 1st, was asked to lay down some backup tracks for a CD being cut at a studio here in Austin, and we started right then and there. It's fun. It allows you to express your deepest emotions and just wail and rave!

Late December, 2009, we released our first original song. Soon after I had a whole original CD. Hear samples and purchase them!

PS - It gets better.

Say to yourself, 'I forgive you for creating this. Now I know how I created it... I'm learning, expanding.' Now, what's next?
Lola Jones