Stillness after the Germany retreats

Words have been few since the 5 Day Silent Retreat in Germany.

Wow. Words just don't suffice. I've been appreciating the increased stillness and this tangible silence that has stayed with me so powerfully since this retreat, indescribable, yet noticeable in every moment, in every sight, every taste, every step. Colors are brighter, the air is fresher, there is a silence that envelops, softens, and permeates every sound, making me want to move slowly, curiously, consciously, and miss nothing. Stillness and silence appear to be "nothing" to the uninitiated.

Or it is resisted as boring, but it turns out they are rich beyond explanation. The 5 Day Silent Retreat intimately, experientially introduces people to the awe and wonder of the Silent Fertile Void, from which all things come and to which all things return. And each time I lead it I experience a new depth of it, a new gift. How many have I led?.... I've lost count. (When I refreshed this article in 2022 it was 60 retreats.)

It's the way Divine Openings goes for us - that the blessings of it increase month by month, year by year automatically when we let it, when we get out of the way more and more.

We ask ourselves, "How can it get any better than this?"
and then it gets better.

Similar to not being able to see that a child is growing imperceptibly taller day by day, sometimes it's so subtle and steady and gradual that we can best perceive what's happened to us by contrast, looking back to a month or a year ago. But this shift is so distinct I'm savoring every molecule of it.

For our German audiences, the shift was dramatic, although we did no "work" and processed nothing. I made a deliberate decision to talk less than ever during this retreat, due to having every line I spoke translated to German. Less became more by intention.

The German retreaters were so open, so appreciative.

They were so ready for this, they drank it in like nectar, and made the very most of it. They went so deep so fast. At the end they were flying, blissed out, no matter what pains, or doubts, or problems they had brought with them.

We thank Priyanka and Lars at the Rosenheim bookstore for laying the groundwork by telling everyone who walked in that shop for the past year about the book, making it their best-selling book of all time at their store.

Massive appreciation goes out to the people who shared about the 5 Day Silent Retreat  with everyone they know, spreading the word.

The silence is so compelling I cannot bear to talk much right now. I included a few pictures from Switzerland and Italy.

Get very still, breathe a big sigh, tap into the photos, and you can feel this stillness right now from wherever you are. 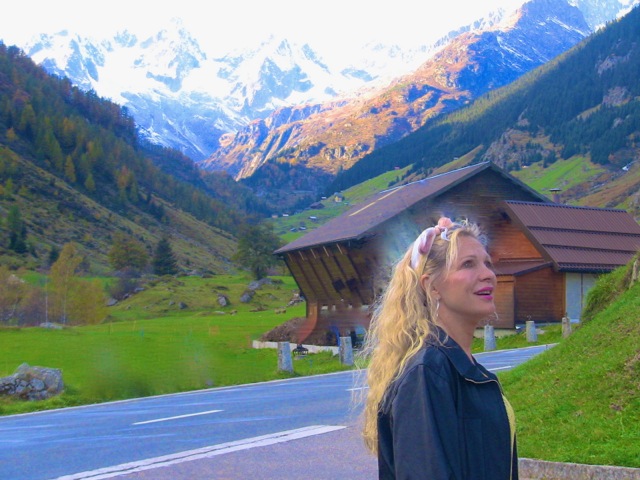 Much love and stillness,
Lola

When you raise your vibration or attain a desire, that higher vibration ripples throughout all time and space (which is actually all here now), and past and future You's. Others, who are actually you, are also elevated. They really are. Deja vu.
Edgar Mitchell, Apollo astronaut