"Some are scientists, some are sages."

Sounds like a Bob Dylan song, right? Nope, that's me musing that there's a tendency to hang out in one camp OR the other: science or spiritual. I respect and value both perspectives--both contribute enormously to human evolution. We do tend to specialize, and go down one path and exclude the other.

Hey, every blessing is appreciated, whether it's a life-saving medical procedure or a profound spiritual revelation--it all comes from the same Source

In daily life I'm pretty busy paying attention inside and helping others mine the treasure from that, so that leaves little time and energy for science.

Science is great for some things but is usually behind what the sages know when it comes to the big cosmic questions like who are we, where do we come from, how the earth operates as one system, how the body systems work as one... science sees parts where the sages see wholes.

See the film, The Man Who Knew Infinity, about Srinivasa Ramanujan (1887–1920) the unschooled clerk in India whose breakthrough mathematical theories are still yielding valuable information today. As recently as 2012, applications to black hole and string theory (which were unknown when he was alive) were discovered in mathematical theories Ramanujan wrote on his deathbed.

The bias for science is glaring even in this film, where his genius is explained as "intuition," and the spiritual source of it is only obliquely hinted at in a couple of scenes. If you research this, in real life Ramanujan himself said the Goddess of Namagiri appeared often in his visions and dreams, showing him complete mathematical formulae and what they were for. Here is just one example:

"While asleep, I had an unusual experience. There was a red screen formed by flowing blood, as it were. I was observing it. Suddenly a hand began to write on the screen. I became all attention. That hand wrote a number of elliptic integrals. They stuck to my mind. As soon as I woke up, I committed them to writing."

His mentor insisted the theorems were worthless if they couldn't be proved--yet Ramanujan did not know how to prove them! Unlike other scientists, he didn't get them from work and calculations. He got them direct and complete. 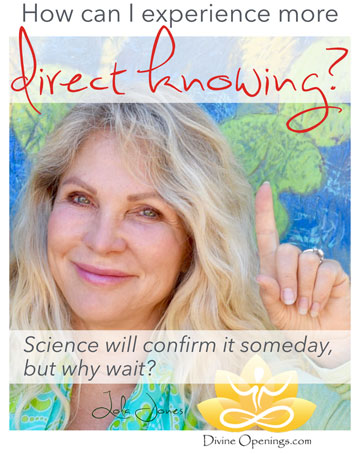 Some of us "Know" without knowing how we know, but this is not often valued in this Age of Reason. Scientists have no respect for it until it's "proven scientifically," and I do understand their perspective, because intuition can be misinterpreted or colored by our small selves and biases. But science suffers from the same risks. Scientists who want to believe what they already believe tend to "keep proving it" and be blind to contrary evidence.
Physicist John Wheeler (July 9, 1911 – April 13, 2008) said there is no objective reality--it changes with the "questions we ask it."
From Wikipedia: Wheeler's role was to inspire other scientists by asking deep questions from a radical conservative viewpoint and, through his questions, to stimulate others’ research and discovery. (Some experiments were) showed that light somehow "senses" the experimental apparatus, and responds to the experimenters' intentions and beliefs. The famous double-slit experiment aimed showed that light will travel through the slits in a box and adjust its behavior to fit the "questions" asked of it by responding in either a wave-consistent manner or a particle-consistent manner depending on the experimental arrangements that ask these "questions".
While our progressive ideas may often at first be called "fringe," science does eventually catch up, and science is now proving what the sages knew. Don't we love it when that happens?
I make a small distinction between intuition and direct knowing. Intuition is not as clear or certain for me. Direct knowing is clear and certain. If I don't know I'll say so.
Sometimes we doubt ourselves, and this is most damaging. One of my assistants related that for the first time one of her riding students fell off a pony and the pony got tangled up and hurt. "I had an intuition to cancel that lesson but didn't want to give up the fee," she said, "I need to get better at intuition." My response was, "Your intuition sounds like it's in fine shape--not listening to it was the only problem."
We all laughed at the push/pull of logic and intution.
Sometimes my very human smaller self cannot quite accept the miraculous things happening around me, yet there it is.
For years I've kept very quiet about a direct knowing I've had about our extraterrestrial origins and influences. It seemed too fringe, even for me. Now, according to Gregg Braden, scientific evidence is beginning to reveal that humans do not fit Darwin's theory of evolution like the rest of nature does.
Of course thirteen years ago I thought channeling was fringe, now it seems commonplace. My love sometimes spontaneously channels people's deceased relatives. He's a seemingly regular guy in the construction industry. It's a fascinating life!
HOW CAN I APPLY THIS TO MY LIFE?
1. Set the intention to stay flexible and flowing. Let's not let our most cherished beliefs, judgements, and perceptions of our world fossilize. Knowledge is meant to evolve and expand as we do. What was true or helpful even two years ago may not be helpful now. Good scientists know that their theories probably will not survive long, but are just stepping stones on a journey of discovery. Soften up your beliefs.

"Keep an open mind, but don't let your brains fall out."

2. Strongly choose to allow more direct knowing. Then look inside in silence more often. If you're constantly focused outside, you miss what you're getting from inside. Write a little of what you get every day in your rave journal. With Divine Openings energy behind it, this simple intention and practice is very powerful and you will find your direct knowing expanding.

3. Of course I find that practicing Divine Openings just naturally continues to evolve me and so many others, but I'm biased. (Smile.)

Archangel Raphael: "There are prayers of such power that ... they carry me rather than the other way around. There are prayers so apologetic and shamefaced and half-hearted that they all but melt away in my grasp like sad little flakes of snow."
Lola Jones