Google Goes Spiritual--How Divine Is That?

As a corporate consultant, I understood why teaching spirituality was forbidden in places of business; I wouldn't want someone pushing their ideology on me, either. Still, my hidden agenda and embedded subtext was always spiritual enlightenment. And it touched people without words.

For fifteen years from 1987 to 2002 I was a corporate consultant, leading workshops and retreats in people skills, team building, and management. Their spiritual growth was my real motivation for getting up in the morning--that's who I am. By lunchtime at my onsite workshops, the participants (even engineers at IBM) would be going deep, talking about deep spiritual subjects and love and peace, although I never breathed a spiritual word--that's the power of intention.

When I left that world and became a full time spiritual teacher and author, I celebrated, "Never again do I have to compromise, dilute my words, or veil my intentions." But if the corporate flow continues as it's moving now, at least in some of the more progressive elements of the corporate world could come back my way, I wouldn't have to compromise. (I can't anymore. It would kill me.) 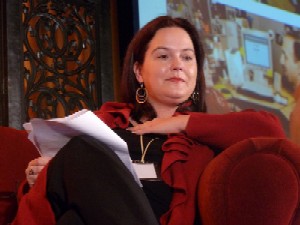 In 2008 Google without any formal press announcement launched a School of Personal Growth that includes Buddhist elements. Google's stealthy strategy is to boost the brainstorming powers of Google’s best and brightest, as well as their powers of self-examination. The school’s courses address four areas: mental development; emotional development; holistic health and well-being; and what Buddhists term ‘beyond the self’. Titles of classes range from the more scientific “The Neuroscience of Empathy” to the more subjective “Search Inside Yourself.” It narrowly misses being "overtly spiritual" but the involvement of Buddhist priests and spiritual leaders certainly gives that energy and reveals a spiritual intention.

“Google has always had a global vision, and wants to change the world from the inside out,” says Monika Broecker, a leadership coach and therapist from Germany who was an architect of the program. “You need to have inner peace to make peace in the world. It’s very effective because studies have proven that if people are relaxed and open, they won’t repeat the same ideas and mistakes,” added Broecker. “They are more creative.” 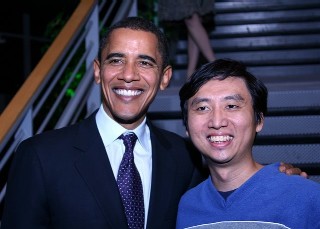 Another founder of the school was an early Google engineer and practicing Buddhist, Chade-Meng Tan (shown with Barack Obama.) At a conference titled Happiness & Its Causes Tan appeared on a panel with a gathering of psychologists, neuroscientists, and Buddhists associated with the Dalai Lama.

If I'm called that way again, and if they're ready for it, I'll go.

Some corporations already pay for their people to attend Divine Openings 5 Day Silent Retreats, because the many benefits participants receive do extend to all areas of life, from personal to business. It's true, when people are peaceful, loving, fulfilled, happy, creative, productive, present, focused, free of limitations, in the flow, and not stuck in the past, they perform far better at work. And it doesn't require buying into or following any particular spiritual orientation or creed, just some direct experiences that get people to wake up and be more conscious, more aware of who they really are.

It's heartening for all of us to focus on and dream about the day the corporate world wakes up and becomes more of a positive force in the world. I don't "make corporations wrong," by the way. They're a step in our evolution, they provide tons of jobs for those who aren't up to owning their own businesses, and most importantly, you can't reach someone and influence them if you're making them wrong! That was Nelson Mandela's breakthrough: befriend and align first, then influence becomes possible. Besides, The Presence doesn't judge anyone, so we're out of alignment with The Presence when we're in judgment.

PPS - Our Enlightened Business Course is here for you online at your convenience without going anywhere! It's super powerful because Donna lives it in her own business and takes her clients to new heights as a business consultant. Read about it and sample a free module.

Humor is the antidote to over seriousness on the spiritual path. Can you think of a single passage in any ancient text that had even an ounce of humor in it? God is laughing at the thought. Join in.
Lola Jones