Feedback From the Universe, and Trampolines

We receive feedback from a big wide universe that happily responds to all our moves and plays and interacts with us day in and out. Without any judgement or a need to correct us, it gently lays markers along the road we are travelling. We just have to keep our eyes open, listen and evolve from them.

When we recently decided to add a beautiful dog into our loving family, we also had to face a choice of keeping him in our current apartment or move to a bigger house. When things suddenly appear in physical, even if you could feel them coming from far  away, your mind sometimes cannot resist getting involved into thick of things. When it comes to excitement there can be fine line between staying present with your feelings or letting loose your thoughts and overdoing things.

With big changes on the way it was time for me to stay calm and grounded. But did I do that? The Universe was not far behind as usual in leaving those markers along the way. Just before the Easter break we prepared ourselves for the move and due to given timelines we got worked up a little. On the first day of the Easter holiday, miles away from home, my only pair of glasses got damaged. Before divine openings it would have resulted in a big drama and upsets, but I cheerfully acknowledge what needed to be changed.

Like a volume dial on a radio, presence sometimes precisely tells you how much noise is OK for a given situation. Haha. Few days later on the same holiday I lost my wallet and mobile, only to be found an hour later. Clearly I needed to slow down some more and feel through my feelings. Another happy gift from this situation was my calm and collected attitude, in dealing with the lost items halfway between Melbourne and Sydney. What mattered to me most was my vibration and feedback I was receiving rather than the lost of physical items.

I intended to further slow down and make the transition of stepping into the new, a gentler ride. And it did. Resulting in new heights and discoveries.

Evolution sometimes can feel like having fun on trampolines. Imagine you have multiple trampolines stacked like steps on a stair but only thousand times bigger than normal staircase. You jump up and down on one trampoline and when you had good fun on it, you go on to the higher trampoline which is bigger and better.

While on this one, you can still go up and down (in vibration) but you are already much higher than the last one. And then you move on to the next one and next one. It may seem in your daily life that having a small hit on your vibration is a big deal but you have already come so far UP. So sooth yourself. It is also true that as you go up and play on bigger trampolines, the breeze you feel while going up and down will be stronger, so you might want to take it easy sometimes :) You got the point. Haha. 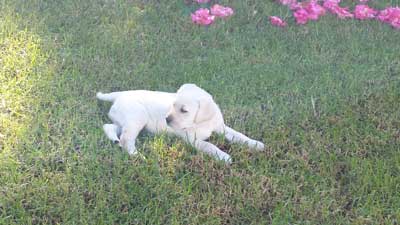 Would you tell a child a scary bedtime story? No, you'd tell her all was well and getting better. Yet some of you tell yourself scary stories all day long. Talk soothingly to yourself, as you would to a child.
Lola Jones