Fear and Loathing in Politics (Non-Partisan)

The Presence is Non-Partisan - It Loves Us All

Important for the future as well as the current situation, here are some observations and inspirations on the subject of politics and world events, from a vibrational, non-partisan perspective.

I decided to "get more informed about politics this year" from a physical world perspective, especially since it's an interest of my fiance, Scott.

Boy, that got dicey.

Our minds say, "What could be more important than who holds the most powerful office in the world?"

I got so involved in the "worldwide importance" of it, I temporarily forgot that it doesn't create my reality. I've known that about politics (and everything) for a long time, but when we focus intensely on something it can get out of proportion. It can take over our attention. We're giving it energy and it's growing like Godzilla!

Stay in the Larger perspective, as is wise in every other area of life. Stay focused on what you want. Hold your vision. Play a game: see how little you can focus on what you don't want, or what or who is wrong. Use your energy and imagination to find ways to feel good about it, for then you are aligned with your Source.

Don't make what you see out there too important!

Don't get attached to what the results look like right now. Polls are the ultimate temptation to get into "what is."

Don't make what "they" do or don't do too important.

A visionary is willing to hold a vision
that may not fully manifest in her lifetime.

Look at it as a process, an evolution, not as right or wrong. Keep the nose tipped up, stay happy, and celebrate progress rather than waiting for perfection.

Start with you: notice your vibration about politics. Where is it on the Instrument Panel? At the bottom is apathy and powerlessness. Apathy is just an excuse to go numb and do nothing. If you don't exercise your right to choose, and you don't like the results, what can you say? While it has been steadily on the rise since 1788, still less than 45% of eligible American voters actually vote.

Vibration first, action second. Raise your vibration about the political process to a place higher on the Instrument Panel. While politics doesn't create your reality (you create your reality) you can participate in creating the shared, collective reality by being involved in the democratic process.

Use your familiarity with the Instrument Panel to observe, not judge:
One of the 2016 candidates has a long-standing victim vibration, although that candidate is strong enough to keep fighting and still functions at a high level. Her story is mixed between being successful, and being one who fights back after being victimized. Because of it, that candidate has been successfully attacked and politically damaged for decades in spite of attempts to do good. Good people can attract victimhood. Observe and ponder this.

One candidate has an extremely high self estimate, and has a strong story about being a winner. That candidate looks in the mirror and sees only perfection and cannot see any need for improvement or change. All humans are self-interested, but that candidate is unusually motivated by self-interest, and that is a strong vibration for self preservation and winning.

If you step back from judgment you see the vibrational strengths and  both.
You see that being good doesn't determine who wins.

So how do you know what's true?

Interesting note: an elected leader, for better or worse, reflects the vibration of the majority of the voters. Helpful to know when your candidate doesn't win.

How we make a difference. By raising consciousness I know it has an ultimate effect on politics, as well as everything else, and that feels good to me. You contribute to the collective with your vibration. Hating the opponent just radiates hate, adds more hate to the collective.

Contrast works. It makes us want change more. We are thrown out of our comfort zone. We get so uncomfortable in our comfort zone that we're willing to change, willing do something.

Things that look bad at first often have positive consequences in the end. Here are just a few examples, and more will emerge:

Voting is a celebration of your right to choose freely. But so many choices in your life are more important.

Your vibration is most important.

Don't let the political process bring you down--it's not worth it. If you can't keep the nose tipped up while looking at it, don't look at it.

Nothing and no one creates your reality except you. Don't give your power away to politics. 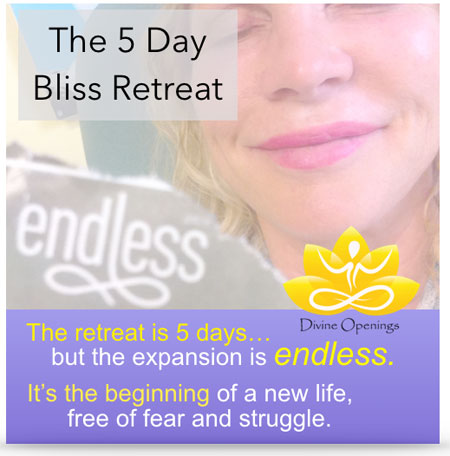 P.S. --
Three RARE Life-Changing Bliss Retreat Opportunities!
Certified Guides, you may qualify for FREE or reduced tuition and special meetings with Lola.
Call Cara at 1-805-755-6591 for details and to apply!
Deferred tuition payment for new or returning Santa Barbara retreat attendees.
Call Cara at 1-805-755-6591 or email This email address is being protected from spambots. You need JavaScript enabled to view it. to apply!
Bliss Sponsorships available for those who just can't yet afford to attend retreats.  Get sponsored

Healing is not a word I use unless you're SICK. If you focus on healing your issues," you CREATE endless issues that need "healing." Divine Openings has you realize healing was never what you needed."
Lola Jones