Here it is, unabridged, straight from our most advanced course so that anyone can learn from it and apply it:

The Power of Being Entirely Responsible for Your Own Reality

This is advanced material that Lola has only come to completely understand by experience. It's incredibly valuable if you choose to master it. Even powerful healers and spiritual teachers have crashed due to not mastering these conscious mind pieces.

Most of the time, and for most people, all lower vibration just rises with Divine Openings.
But it doesn't always move so quickly if there's resistance, a stubborn blind spot, or avoidance of one's deeper or repressed emotions.

Divine Openings is designed to dislodge and move big emotion and old stagnant energy. So sometimes even years into Divine Openings, even years after the 5 Day Silent Retreat, one can hit a big upset that can flare repressed emotions they simply cannot hold back anymore. It can feel as if it came out of the blue, although the more awake person will notice a tension building. It can seem to be happening TO you, but it's actually coming from within you.

To teach "owning your own reality," effectively you must practice living it. The need to be aware and to choose never ceases, even after your spiritual awakening. It can be challenging until you get how freeing it is. It's a natural human response to want to go into fight or flight during an upset, but it is a primitive response. Even after your spiritual enlightenment, you are still human:

The greatest power is always found in owning our own feelings, and being aware that we create our reality. The more you live this, the more powerfully others around you will get it.

If we blame someone else and say, "It's YOUR fault I'm feeling so powerless (terrified, panicked, sad, abused, angry, etc.)" it's a dead end. The mind is tricky. It tells us, "It's not me creating my upset--it's THEM." Problem is, we miss recovering the vibration and the hidden gift in it.

You might think we wouldn't have to address this with people who have been through the Mentoring Program. They should be enlightened, right?

But the fact is, we've seen some people spiritual bypass their deepest, most painful feelings for three or more years before they finally address them. The most stubborn, scary, or resistant vibrations can be kept securely tucked away in a huge blind spot surrounded by a facade of "I have it together. I am spiritual. I am enlightened." It takes a heavy toll on body, mind, relationships, and happiness.

One can be acting and talking as if they are spiritually enlightened, but resisting change, and not really being responsible for their reality. While the person is doing that, no progress is possible--period.

Add to that: powerful teachers can activate feelings that are so deep, frightening, or painful that some people cannot bear it. Past feelings, pain, or trauma can flood them, and if they're not mindful, they can project those past feelings and hurts onto someone else, or onto the teacher or organization.

The student must stop and own any emotion if any evolution is to happen. They must must look within for relief and solutions, not to the teacher. The teacher will usually send them away or refer them to someone neutral until they can see the teacher is not the creator of their problem. It's okay, it can all work out great.

We've seen people get stuck for years on the very things we'll discuss on this page. Some come out of it on their own, some don't. Upset is a powerful opportunity, and it's telling you something valuable. It's a gift. Use it wisely. Stairway to Heaven -
Handling upsets with anyone:

Here's how we handle upsets organizationally at Divine Openings:
We want people representing Divine Openings who are willing to own their own upsets, live in integrity, and stay up to our constantly rising standards of conduct and skill. Spiritual enlightenment is a never-ending expansion, and a series of choices, not a one time event.

We will always speak kindly and respectfully to you, and of you, and we expect the same.

Upsets offer an advanced initiation that brings great treasure to one who dives in responsibly. If they deny it's theirs, or project it outward on anyone, they are stuck, we cannot help them, and we must move on with our happy lives.

Take ownership of your vibration, words, actions, and reality. 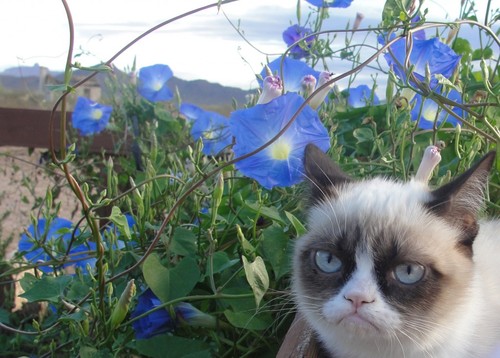 Now that we've covered how to handle upsets, learn some common sources of it, and how to recognize red flags:

Rage Can Be a Stage

Running big energy as Divine Openings Guides (Givers in past) do, it can actually cause fits of rage at a certain stage. It has happened for very high spiritual teachers because their neurology can't keep up at times, and they literally "overheat".

A year after the 5 Day, one person told me she would get so enraged at her young sons (over very small things) she would lock herself in the bathroom so she wouldn't do anything crazy. She had been a master spiritual bypasser who only wanted to feel higher emotions. She judged her rage terribly, so it took longer to help her.

I've experienced rage as the energy increased and neurology overheated, but managed not to blow up ON anyone except a couple of customer service reps who had messed up some important business (as in road rage, it's easier to blow up on someone by phone or email, where you wouldn't do it to their face--beware of email and phone.) Then I recognized what was happening, cleaned it up, and raised that vibration.

The certification prepares you now, in case anything like that comes up for you.

Be awake--if it does come up, the upset with others will seem completely justified to you at first. The mind is tricky. It will say, "It's because they are so wrong!" "They are not perfect!" "This is not fair!"

No one is perfect--that is not the real cause of upsets.

Divine Openings Guides are required to look within during any upset and say to themselves:

Upset is triggered by some current, often trivial thing, but the current trigger is almost never at the root of it. It is usually old and deep. Rage is actually a predictable stage for some people as they learn to run big energy, own their emotions, and stop spiritual bypassing. The longer you repressed it, the stronger it will be.

If you experience emotions you cannot control, it should pass if you recognize it and dive in, and DO NOT JUDGE IT, which would cause it to persist. Drop that judgement story and dive into your precious self.

If you own it, it will pass, and it's a powerful initiation into a deeper level of spiritual enlightenment. If you try to deal with it mentally, justify the behavior, or project it outward and deny it's your responsibility, it can actually damage your life and your health (your body will try to warn you). And it will set you back in your spiritual enlightenment.

Lola has seen it happen and experienced it herself. It is scary but again, give it to The Presence, dive in, don't judge yourself, then there's nothing to mentally defend.

If you have spiritually bypassed lower vibrations, or if you are not staying balanced, owning and flowing emotions, meditating (going deep into the silence within), breathing, and letting go ongoingly, you are more likely to "overheat."

But it sometimes cannot be prevented out here on the bleeding edge. Contrast is a vital and valuable part of our evolution. It is a powerful motivator. Everything that goes wrong here at Divine Openings is used to make things better in the future. We do not expect to transcend challenge.

If you cannot get through it, or you're compelled to continue to project it on someone else, especially if you have justified it mentally, get help immediately. It cannot be dealt with analytically, and the mind is too tricky.

I'll keep saying it again, contrast is not bad.
It's a gift. Expect it to be your lifelong friend. 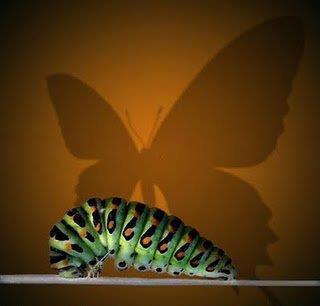 How to Move Rage
Up the Instrument Panel:

We'll give you several ways to approach and teach this. Variety is the spice.

Think of this as you going from sleepy, earthbound caterpillar to free flying butterfly!

Step one: Own it.

Step two: No words, no talk, no story! Feeling only.

Step three: This is big, possibly too big for your human self. Give it to The Presence and follow your inner guidance. Your fire energy is too hot. Cool down.

Things that help: Cool baths, swimming, immersing the crown of the head in water, drink ice water and iced teas, do things that Eastern medicine calls "cooling," like drinking freshly juiced fruits and vegetables and eating cold-producing foods. Get acupuncture--but since it is a spiritual energy, they may not be able to sense it physically. Interesting, yes? Just tell them you're enraged and want to cool off.

This is fire prevention…. and I mean that literally, since your system can get way too "hot" if that energy is not channeled productively.

Put the small smile on your lips as you meditate (but do not spiritual bypass the rage.)

Seek out humor, do yin yoga (not hot yoga or strenuous yoga, never kundalini,) walk in nature, sit on the dirt or ground yourself in other ways. Stimulants like caffeine, certain drugs heat you up excessively.

Step four: Forgive yourself. Let go of self-judgement or shame by diving in or giving it over. You've just done what we'd like the whole world to have the courage to do, face your most vulnerable and highly defended self.
Take ownership of your vibration and your entire reality. Spiritual bypassing is deceptive because most people have been doing it for so long they are unaware they are doing it. They're most often NOT choosing it consciously or doing it on purpose, although some are.

Doing what feels bad to you and justifying that you have to is a spiritual bypass. Trying to look good over authentically feeing good hurts you. Living an inauthentic life, but glossing it over with a spiritual bypass will eventually cause a big blowup. Note that the mind may tell you the upset is someone else's fault.

Most often, you will not recognize a spiritual bypass until contrast points it out to you. Something will happen that hurts or doesn't work and it gives you the gift of recognition. 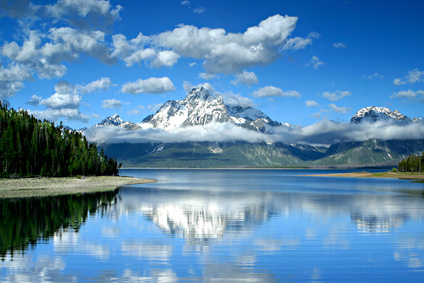 "Projection" is attributing our own negative vibrations, emotions, qualities or behaviors to someone else.

We project on others what we can't bear to see in ourselves.

The Mirror, at left.

When you see something negative in another, ask how it's a mirror for yourself. 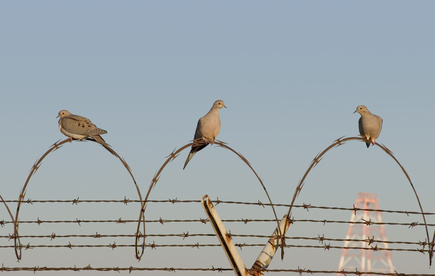 Passive-agressive behavior (a favorite of spiritual people, ha ha) is smiling to someone's face and pretending to be in high vibration or superior, but undercutting or sabotaging them energetically or materially. 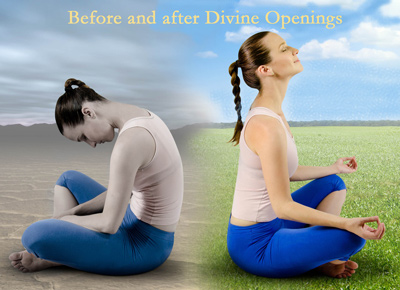 Arlo Guthrie said his job as a folk singer was to comfort disturbed people, and disturb comfortable people." I relate to Arlo.
Lola Jones