Spiritual signs, recurring numbers, and synchronicities can be important, but the problem is they are filtered through the mind, your beliefs, and your distortions.

could it mean he's my true love? 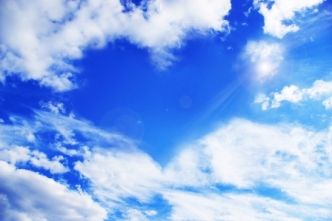 Warning: numbers and signs aren't clear enough guidance. They're too vague and uncertain to take serious action on. Talk directly with your Larger Self before making decisions based solely on signs or numbers.

Many people ask me why they're seeing 1111 or other recurring numbers, and none of this material is in my books, so I've written a couple of articles for you. Enjoy and let it stimulate your own knowing.

As people desire, consciously or unconsciously to be more spiritually tapped in, or as spirit is calling to them to wake up, synchronicities like seeing sequences of numbers such as 1's, 11's, 111 or 1111 begin to happen more often, and spiritual signs and signals increase. When you're "asking" on some level, answers come, but it's the interpretation of the signs, synchronicities, and signals that's tricky.

He happens to be there when you get a big sign, but the sign could be all about YOU. He could be there temporarily in your life for some other purpose than romance! I have a powerful personal story to share with you about that below.

The sign might mean, "You are noticing that you are tapped into a Universe that is divinely orchestrated. Isn't this life amazing?" It might mean, "Things are lining up for you, you're on a positive track, keep going in this general direction."

Signs don't always mean "true Love" or "act on it."

Since it often happens for people who are beginning their spiritual awakening, it often means, "Wake up! It's your time!"

Recurring numbers are communications from your Larger Self, the part of you that knows and sees all while you're experiencing a more narrow human view.

Seeing heart shaped cacti on a hike with a new guy could mean, "Pay attention, you're about to choose the same prickly guy with a different name in a different body for the fourth time."

It could mean he's the one, but a sign alone is not clear enough. You still need to use your intuition and discernment to notice how he feels to you. The ultimate answer is within you, and the signs are just calling you to stop, be still, tune in, and look and listen within.

You must use your inner guidance about signs and use your Instrument Panel to make decisions rather than using signs alone. Read my book, Things Are Going Great In My Absence.

The BIG question is, "How clear are you?" Sometimes we jump to conclusions because we want 1111 or another sign to mean some particular thing.

"I discovered Divine Openings 18 months ago by searching 11 11 phenomena etc. and have had some lovely synchronicity and manifestations since. I've read 'the book' about 3 times and just finished "Living Large."  Been on Portal 1 online a few weeks now but maybe ready for Portal 2? Have gotten a few of my friends into Divine Openings now and they are bowled over. Am also signed up for UK 5 Day Retreat in August too!" Maureen

A huge number of signs occurred with one man I dated.

We ran into each other three times, three days in a row, in three different places we didn't usually go. So we started talking on the phone a lot.

All day I had listened to that song, streaming tears of joy while creating my seven foot tall painting, Soul's Dance.

While I didn't know at the time what the painting was for--it was destined to be in my eventual groundbreaking book that I wrote a year and a half later, Things Are Going Great In My Absence. The wheels were already turning that far in advance.

The ongoing synchronicity was wild, and there was no doubt we were meant to spend time together. The amazing power and repetition of the signs urged me to explore it further (not marry the guy, which is what he thought it was!)

I knew it wasn't about romance, and told him clearly that I knew our time was about something bigger than romance, but he insisted on making it mean I was "the one." He did "settle" for being just super close friends for a year and a half, and as I intuited, it turned out to be all about both our spiritual progress, and he helped lead me directly to my current work!

He in the end felt betrayed by the signs and by me, but since I more correctly interpreted the signs, and never established distorted expectations, I was perfectly happy with the outcome, and love him still as a friend.

At a big party I gave, I did point out his true partner. He didn't want to hear it at the time, still clinging to hope for us. A year later he sent me a note saying, "I've found THE ONE!" It was that woman, and they married. He'd forgotten I tried to tell him she was the one.

In short, signs are stepping stones and sign posts along the way, but don't necessarily point to THE final destination. You can only know that by developing and listening to your own guidance.

Don't give 1's, 11's, 1111's, signs, and signals too much power. Take them as a whimsical way that The Presence plays with you. Take signs to mean generally, "See, there is amazing synchronicity going on here. Follow, and check it out to make sure you're interpreting it accurately."

Rely more on your own inner knowing to make big decisions rather than asking for or looking for signs.

Better to learn to feel it and develop your "direct KNOWING" than to depend blindly on outer signs. It can be a crutch, and lead you astray, not forward. When people tell me, "I asked for a sign to know whether to do it or not," or "I can't make decisions, I need signs from God," I say to them, "Signs are wakeup calls, not something to superstitiously live your life by all the time. Learn to read your Instrument Panel and develop your inner knowing."

Some people see other numbers repeatedly. One woman told me she keeps seeing her ex-husband's special number 3723 everywhere. She was afraid it was a sign to go back to him, so she wanted "a clearing" to make those occurences go away. (I don't believe in "clearing" people. I teach them how to get clear themselves.) How common is that, to want the messenger assassinated rather than feeling through the whole message?

Intuitively I asked, "Are you complete and at peace with him?" Of course, her answer was "NO." In this case it is a sign to her that this old, uncomfortable vibration is still there, and needs her attention to get in a better vibration about him. See how her own mind's distortion made an important message unclear? Yes, pay attention, but get clear before you take action. How to get clear? Get happy!

I used to believe redbirds, cardinals, were a sign happiness was coming. (I was not very happy back then.) The more of them I saw, the more I expected happiness, and it didn't always come. Now I know I don't need a sign from a cardinal, and 1111, or anything--I create my happy life life! All the cardinals in the world didn't do it.

Signs like 1111 usually decrease or disappear as your awakening progresses, so don't worry if you stop having them. The alarm clock shouldn't need to go off forever. 1111 has led you here and Divine Openings is that wake up opportunity!

All human beings, just like you and me, just want to feel good, to be valued, to matter, to be loved, to have a nice life. When they do not-so-good things, no matter how it looks, it's just attempts to try to get those desires met.
Lola Jones